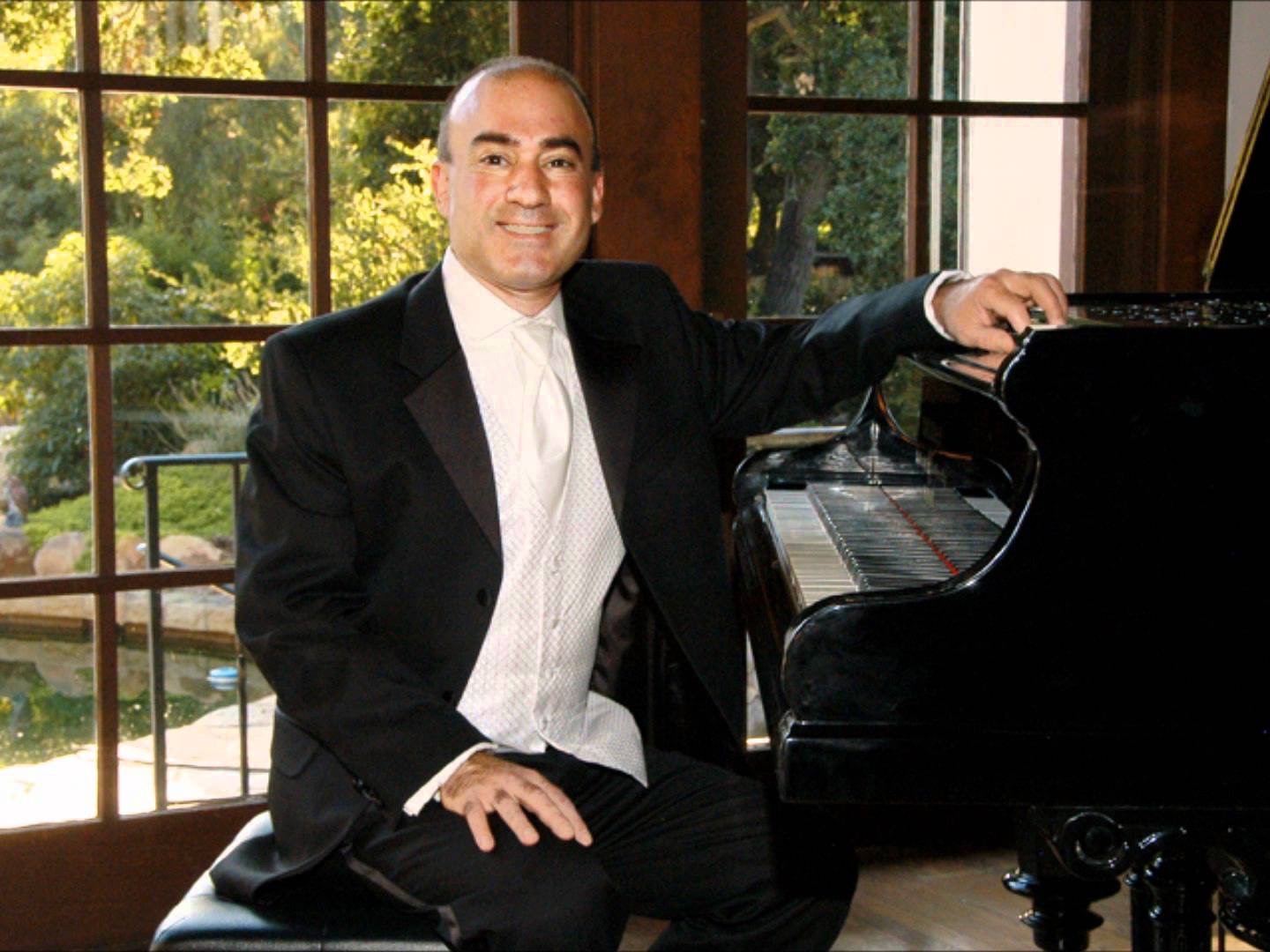 Bryan Tari was born in Hollywood, California and raised by Hungarian parents, who exposed him to eclectic styles of European music in early childhood. He began piano lessons at the age of eight and won numerous competitions and awards in his teenage years. Immediately after high school, Bryan was selected to be one of the 84 pianists to perform “Rhapsody in Blue” at the opening ceremonies of the 1984 Olympics held in Los Angeles.

That same year, Bryan received a music scholarship to study piano performance at Cal State University, Northridge. Jakob Gimpel, a world-renowned concert pianist who was a close friend and colleague of Artur Rubinstein, was a professor Emeritus at CSU Northridge at that time. Maestro Gimpel accepted Bryan Tari to be one of his six pupils and thus began the real training period in Bryan’s musical education. Mr. Gimpel’s teaching lineage goes directly back to Franz Liszt and Ludwig van Beethoven. Upon graduating from CSU Northridge with a Bachelor of Music in Piano Performance, Bryan gave a highly successful senior recital reaching a concert level status.

After college, Bryan studied opera piano with Lawrence Wong and Warren Jones, then opera conducting with world-renowned conductor Henry Holt, who started the Los Angeles Opera. Studying traditional classical piano, the discipline of opera, and the art of conducting was the right mixture for Mr. Tari to refine his artistry and ponder new ideas about playing the piano. In the Hollywood arena, Tari was selected to music direct, compose, and arrange for a multimedia production called Nine Worlds (owned and distributed by Mattel Interactive), which was narrated and hosted by Patrick Stewart from the Star Trek Next Generation series. His soundtrack performance of “The Planets,” a famous symphonic work composed by Gustav Holst in 1917, was signed to BiB Records.

In 2000, Tari began performing world class concerts to sold out audiences in major venues. He specializes in the Romantic period, particularly in Chopin and Liszt, and is an expert in all genres of music from baroque to contemporary. Tari likes to amuse himself by playing a bit of jazz, gospel, and jamming with other blues players. He became a Santa Barbara resident in 2007 and began composing original Old Spanish Fiesta themed music in 2012. In 2017, Tari mastered his piano arrangement of The Star Wars Fantasy Piano Medley, receiving standing ovations from adoring fans. He is gearing up to take his latest concert, Cinema Classics on Piano, on a world tour, starting in Las Vegas in 2022.